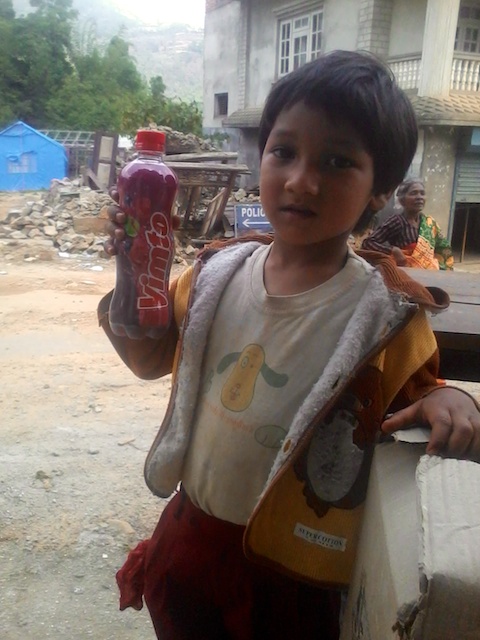 This article was originally published in the Nepal media.

On April 25, 2015, Nepal was devastated by the catastrophic earthquake that killed more than nine thousand and injured over sixteen thousand. Within 24 hours, GlobalHouse teamed up with HimGanga Beverage in Kathmandu Nepal to produce free safe drinking water—one of the most important needs after such a catastrophe. GlobalHouse provided the capital and HimGanga provided the production and distribution. Together, they produced over 15,000 liters per day of free safe drinking water and juices for victims of the earthquake. In addition to serving tens of thousands of people, they provided safe drinking water support to seven different hospitals in Nepal.

The people of Nepal desperately need our help, and we need more donations to help them. Donations are fully tax deductible. GlobalHouse, Inc. is a 501(c)(3) nonprofit organization.
Share our news!

About the Author: Theresa Ruby

Theresa Ruby, CEO, has served in senior leadership, human development, and humanitarian positions for more than 20 years. In the past, she was Vice President of Cultural Change, Human Resources, Communication, and Health and Safety for a large publicly traded corporation. She recently served as Vice President of Leadership and Talent Management for a multi-billion dollar company in the Midwest. In addition, she is the past President/Chairperson of Women in Business (WIB), San Francisco. WIB is a non-profit organization that helps women executives, managers, and small business owners. She has also worked with Boards of Directors, CEOs of multibillion dollar corporations, and international agencies such as US AID, EXIM Bank, and US Trade and Development. She serves on the Board of GlobaHouse Group. Theresa has on undergraduate degree in engineering and a master’s in International Business Relations.